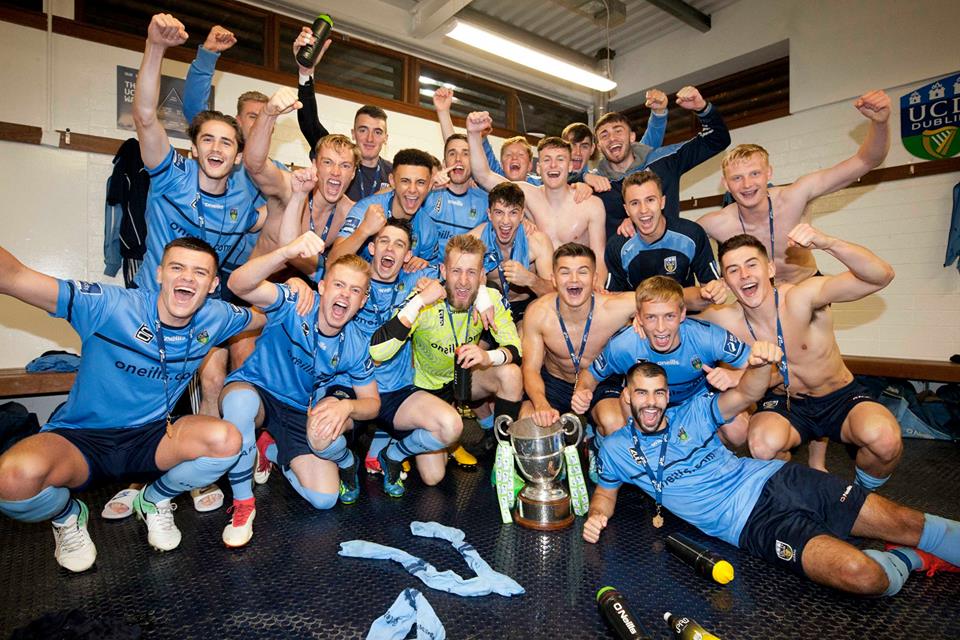 The Students won the 2018 First Division title in some style in front of over 1,000 Fans Conor Davis equalised two minutes after Finn Harps scored to give this hard-working side the trophy.

This team goes from strength to strength in meeting and triumphing over all-comers.  The Players gave the largest crowd of the season exactly what they wanted in winning the trophy and getting it awarded in front of the fans.

All UCD Fans are delighted the Champions are receiving their rewards.