1st Series: 7 Games in Where We Stand 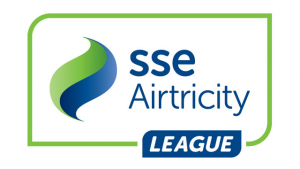 1st Series: Where We Stand

UCD AFC lie second after the first series of seven games against each of our opponents in the SSE Airtricity League First Division.

One point behind Waterford and with another three series of seven matches remaining The Students are well placed to make a charge for the title and the only place on offer for promotion.  UCD got out of the blocks with a one nil win over Cabinteely using an understrength team as our established Players had just competed in the four-day Collingwood Cup the same week losing in the Final the day before.  then hitting Shelbourne for four in the first half and hour for an eventual 4-0 win.  Goals and general play stemming from Captain Gary O’Neill. But the charge slowed with a 2-0 home loss to Waterford and a late equaliser direct from a free kick from O’Neill. A tame away loss to Cobh without injured O’Neill was sandwiched by two accomplished home wins at UCD Bowl.

The clues to our early success have manifested in a fit Gary O’Neill and home advantage. There’s no reason UCD can’t go on a long win-laden unbeaten run, with UCD Fans getting behind the side and pushing them on for a win, that can happen.

It is turning into a very competitive league with the top five clubs posting 4 or 3 wins from 7.  A club that can post 5 wins or better still 6 wins from . per series will stamp an authority on the table.  UCD along with the other title contenders must feel that there is room for improvement, a concentrated push in the middle two series of seven games may see one or two clubs emerging for the title race.

For UCD losing to first-place Waterford and drawing with eight-place shows every opponent in every game is a threat.  It’s UCD Fans that can make the difference.  UCD Fans can make their voices heard at The UCD Bowl and roar the side on in every game, let’s support the team and ge back to the Premier Division where we belong. #UCDFANS #COYBIB