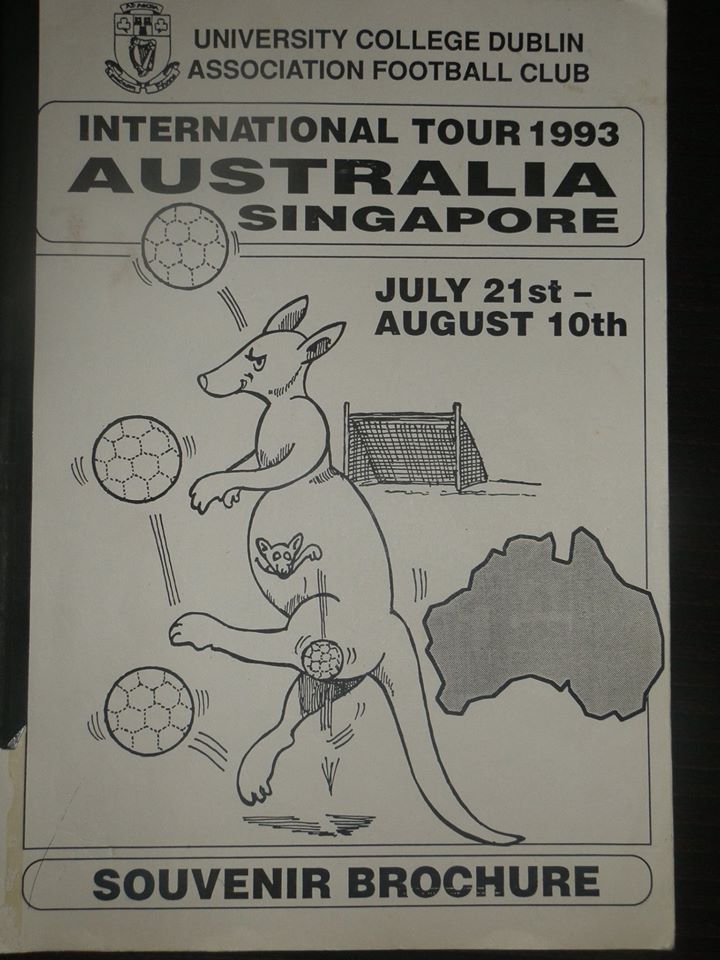 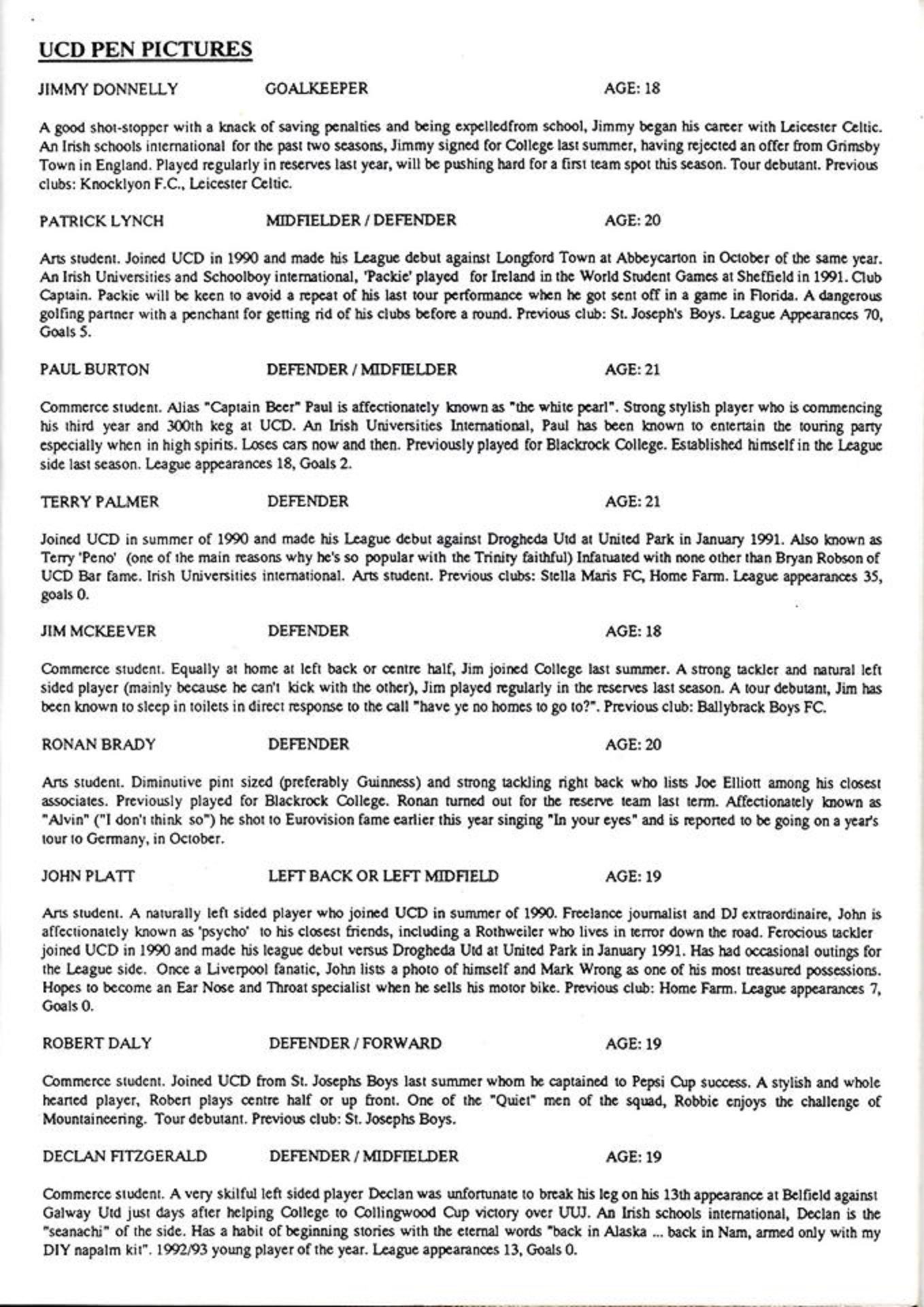 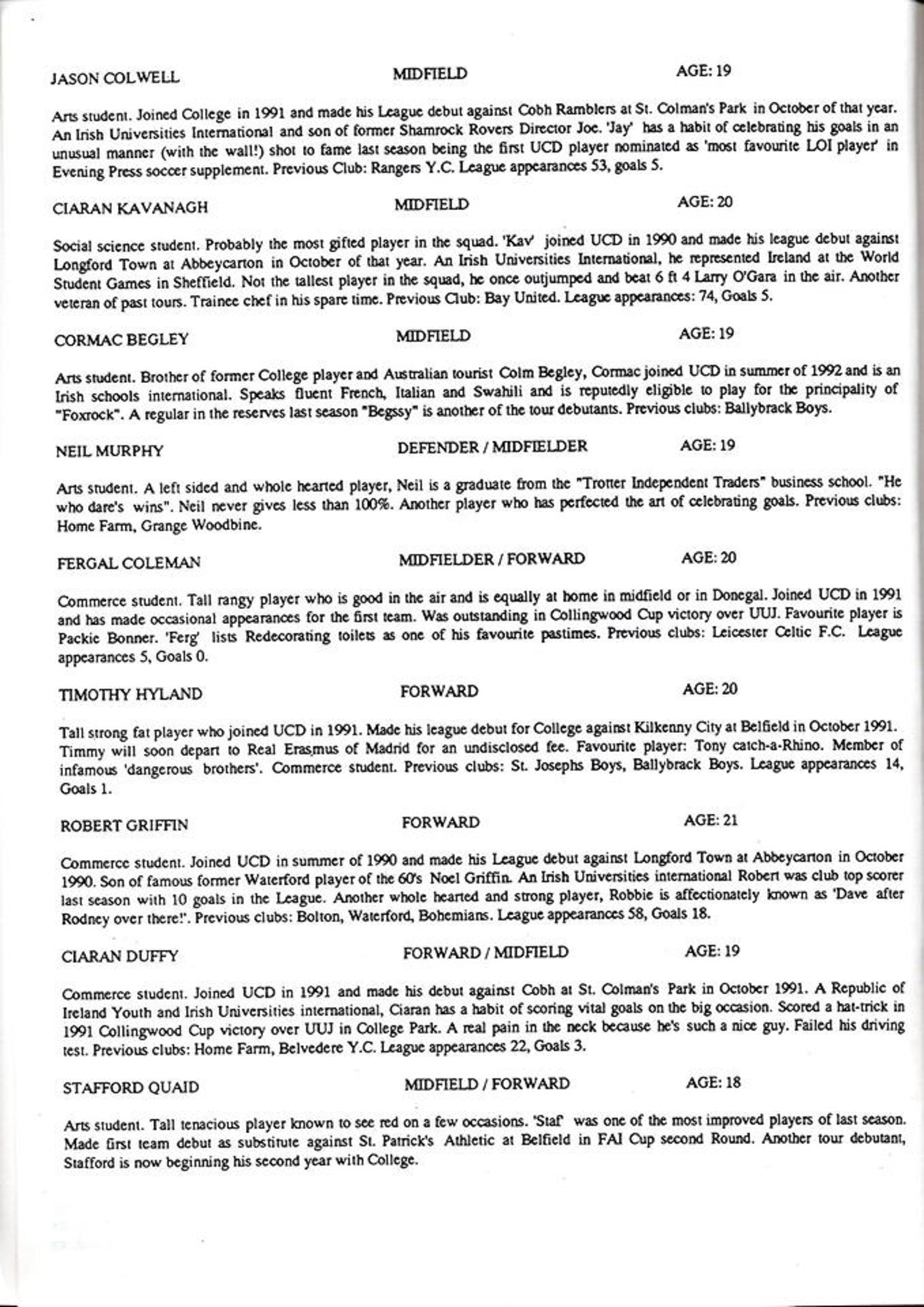 Tour of Singapore and Australia 1993

Squad traveled in Summer of 1993 for what one Australian paper (Canberra Times) described as UCD’s third visit to Australia but first visit to Eastern Australia. [UCD had visited Perth in 1982 and 1986]

(The Supporters Club hope to build the specific details of this article, if you have any details of more fixtures, results, scorers and lineouts your more than welcome to contact the SC with information Email: ucdsupporters@gmail.com)

[Two further fixtures v Collingwood, Melbourne (Victoria Park home of Collingwood Aussie Rules side) and a match on a campus where the Aussie Rules goal posts had to be changed to soccer posts with “shovels and a chainsaw” – Packie Lynch ] 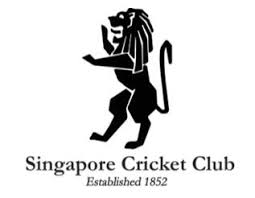 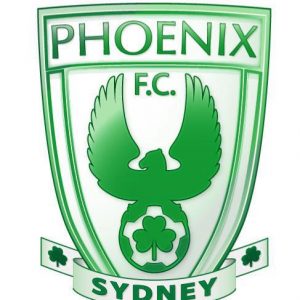 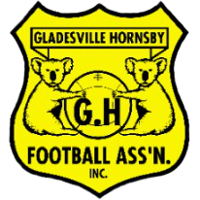 A squad representing the Capital Territory League, that was reported as not playing together before the game, beat UCD.

The venue before the game was still in doubt as the hosts suit to find a suitable location. 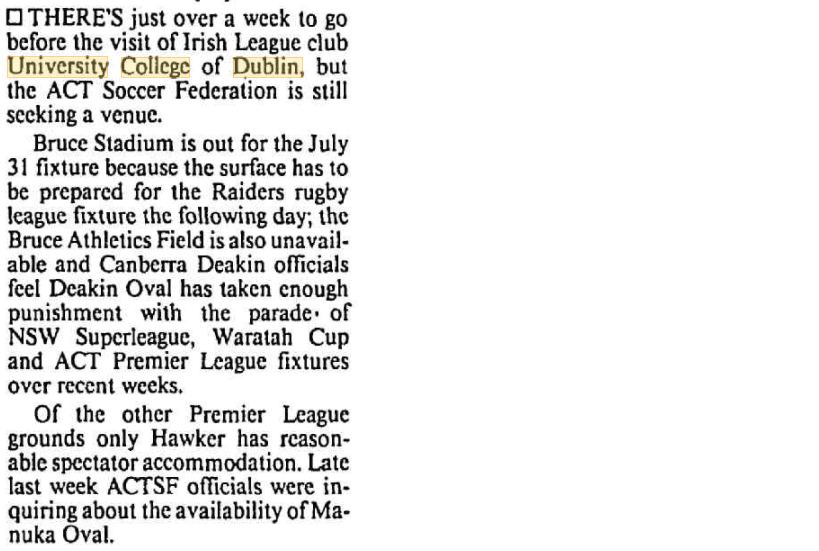 (The Canberra Times, search for venue) 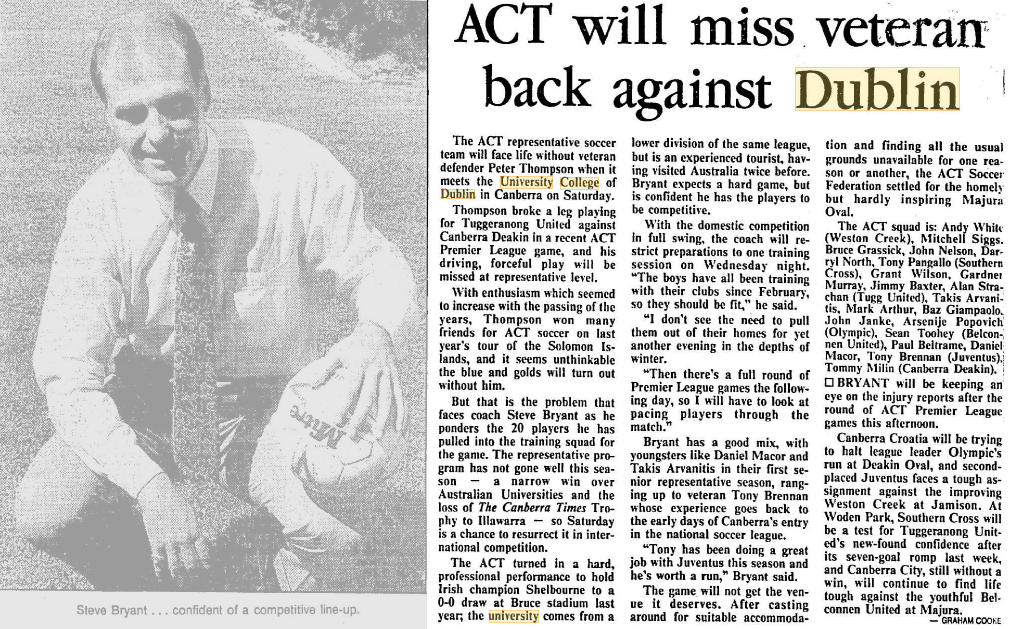 Played at the home of Collingwood Aussie Rules Football Club. 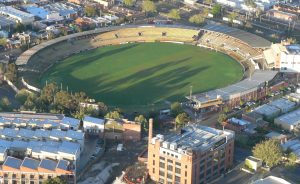 Since 2017 VU have forced a connection with Melbourne Victory Football Club  https://www.vu.edu.au/industry/our-partnerships/melbourne-victory-football-club 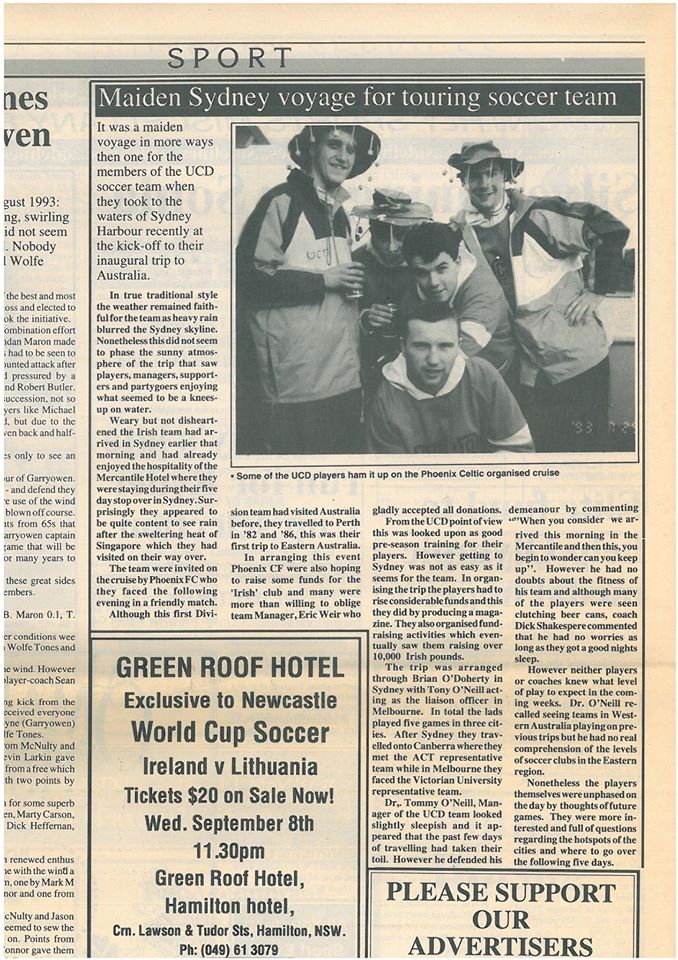